In addition to regular teleconferences held in 6-8 week intervals, the DALI partners will meet again face-to-face on October 1st, 2014, just before the annual meeting of the Diabetic Pregnancy Study Group (DPSG) in Budapest. The main subject for this meeting will be the progress in the main trial and to review the results of the pilot phase.

The DALI partners will meet again on October 3rd 2013, just before the annual meeting of the Diabetic Pregnancy Study Group (DPSG) in Malta. The main subject for this meeting will be the progress on the main trial.

DALI consortium members will meet in Lille, France on October 18, 2012 to discuss their experiences and the results from the pilot study and the progress of initiating the full trial.

We will have a PI-Meeting in Cambridge, UK, to discuss organisational details. This meeting will be held just on the eve of an international conference on GDM.

The project partners will have a "Scientific Meeting" in Warsaw on October 6th and 7th - just on the eve of an international conference on GDM.

During these two days, companies and the general public could inform themselves about the different main research subjects and projects of the Medical University of Graz and other research institutions. Experts in situ willingly answered questions. In addition, the EU-project DALI was also presented and described at the fair.

The kick-off-meeting took place in Graz on March 19th. Project managers and staff of the 13 partners from 11 countries discussed the work packages in detail and clearly defined coordination processes. The packages range from a Europe-wide general analysis of the occurrence of GDM; a study on the effect of the three-pillar-intervention to a complete data collection and bio bank 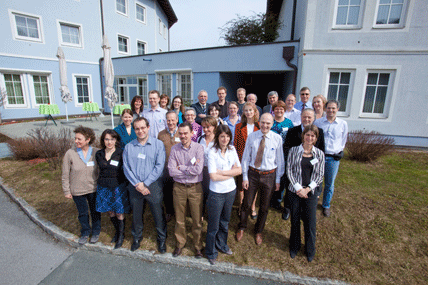 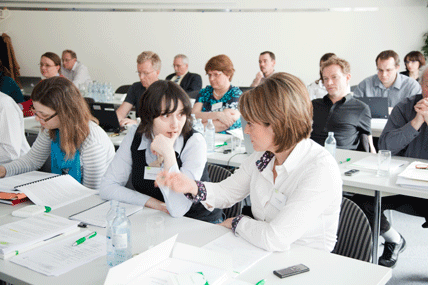